Continued from the previous pages: documents 1962, and documents 1963. Items are arranged on the page as far as possible in chronological order. 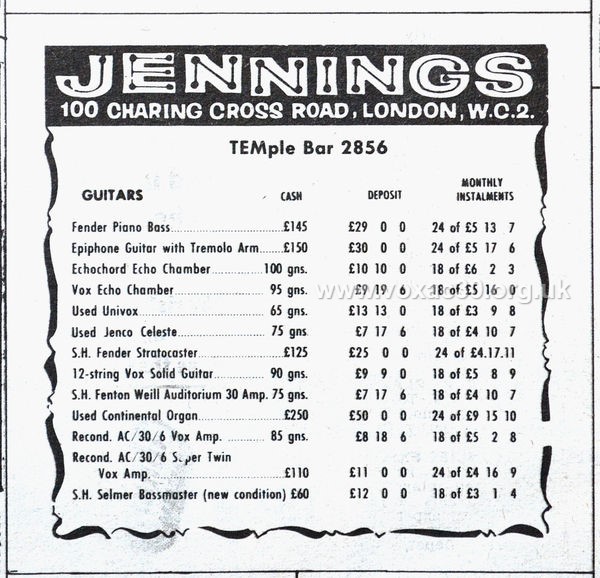 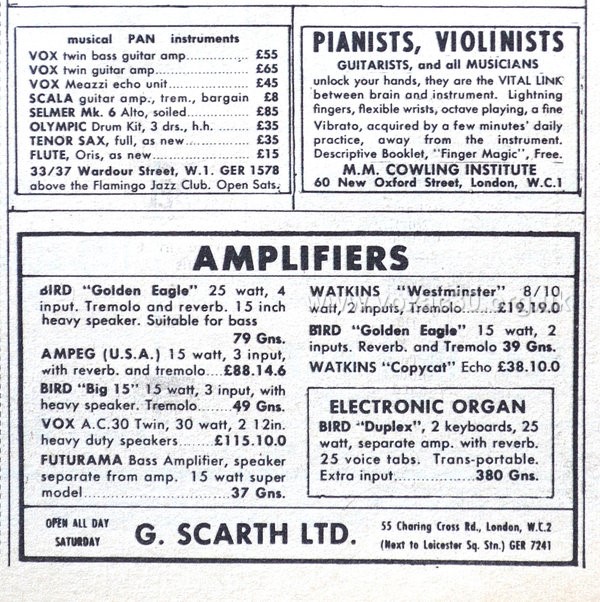 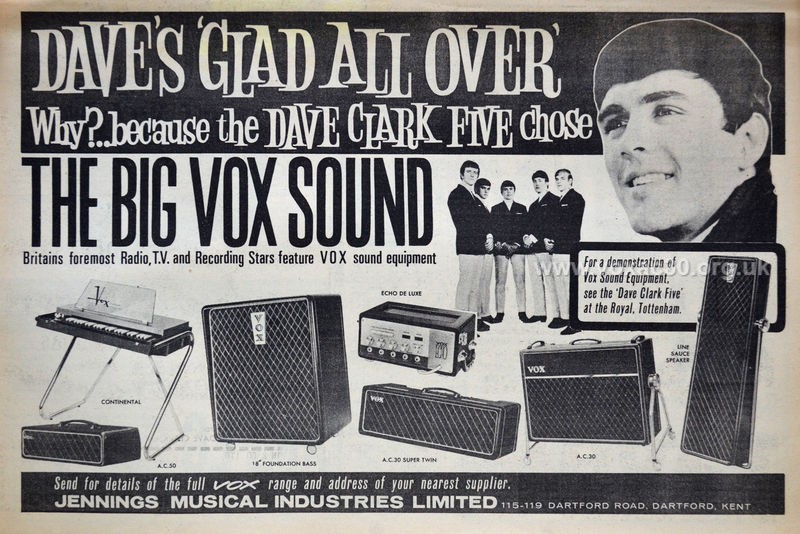 "Melody Maker" magazine, 1st February, 1964. The Dave Clark Five. Note the AC30 with swivel side stands. The group's stage set-up can be seen in the Pathe newsreel filmed at The Royal, Tottenham, in early February '64. The AC50 represented above is actually a T60 (which the group did not use). 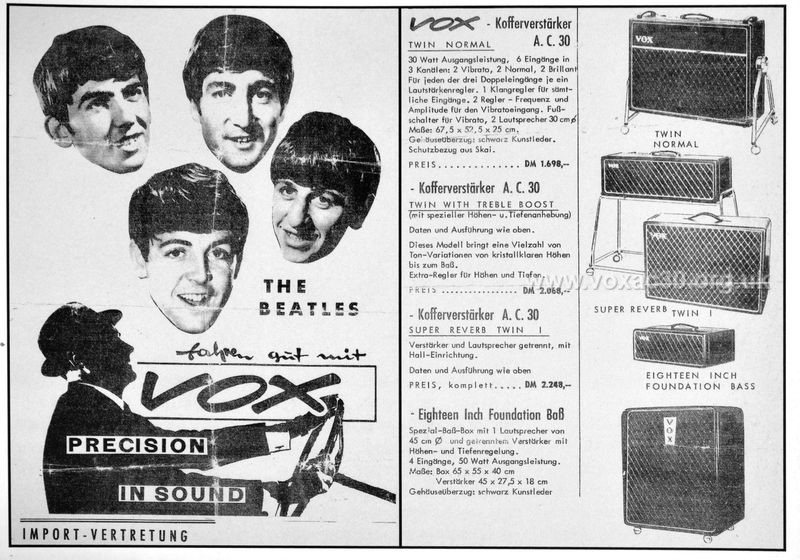 German flyer, much in common with the advert above, but probably some months later. 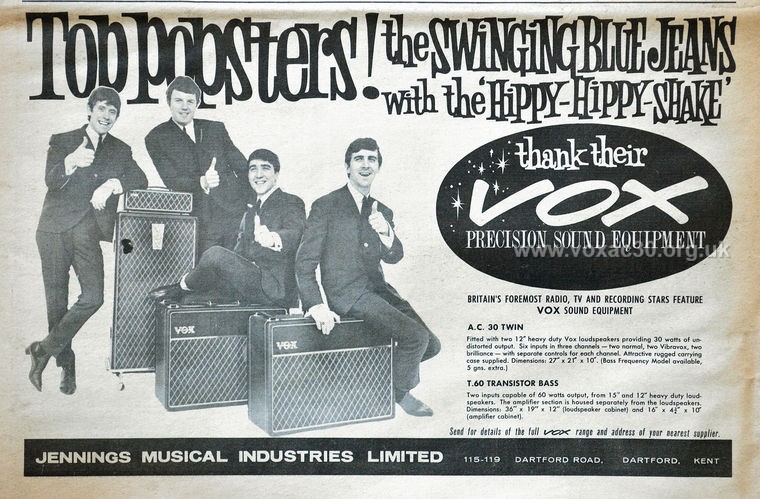 "Melody Maker" magazine, 15th February, 1964. Photo by Dezo Hoffman. The same cabinets (which had no speakers or chassis in them) were used by Hoffman in photo shoots for a vast number of bands - the Rolling Stones, Hollies, Escorts, and so on. 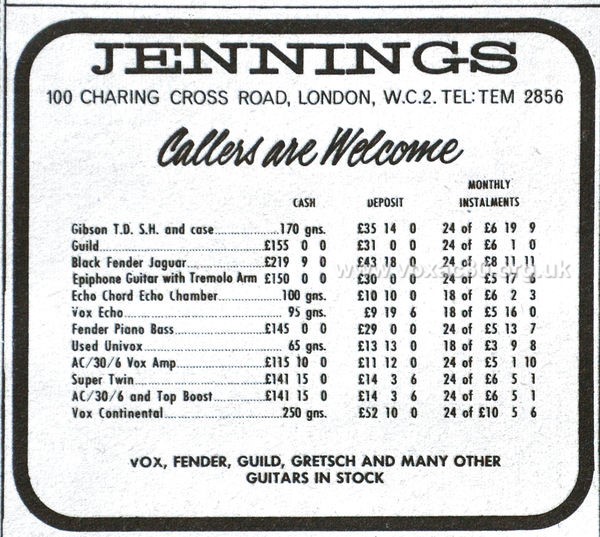 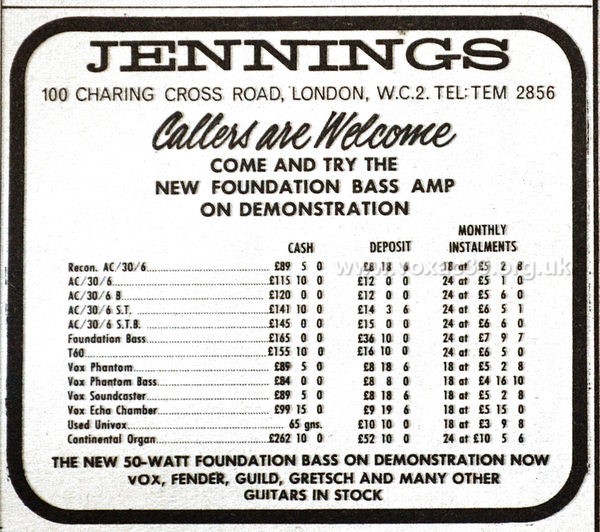 "Melody Maker" magazine, 21st March, 1964. New stock. Normal and Bass versions of the Twin and Super Twin, along with a further reconditioned Twin. 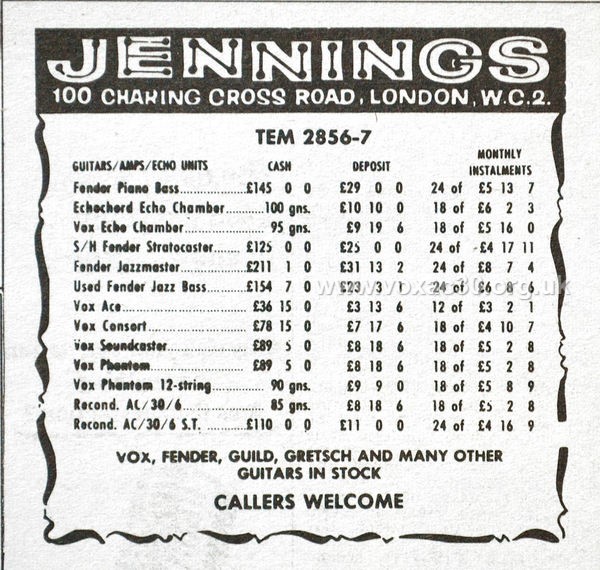 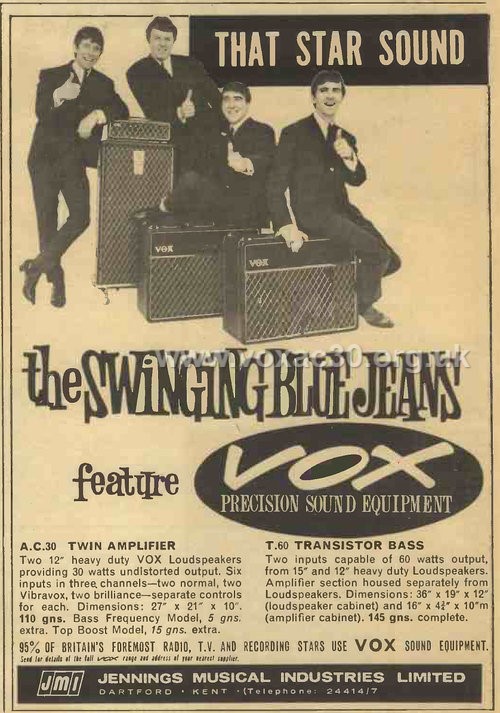 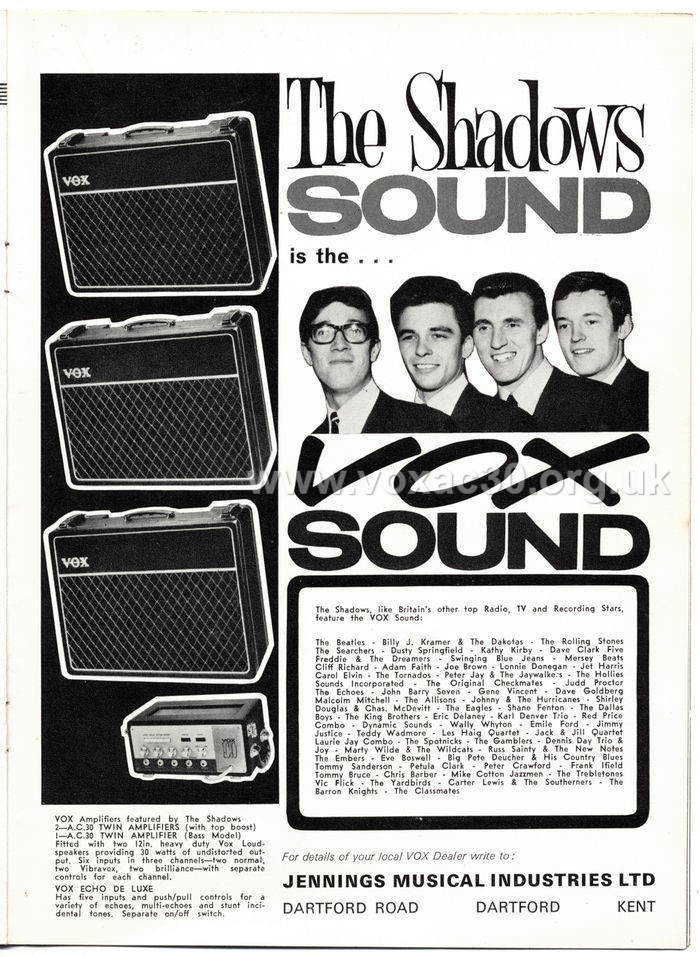 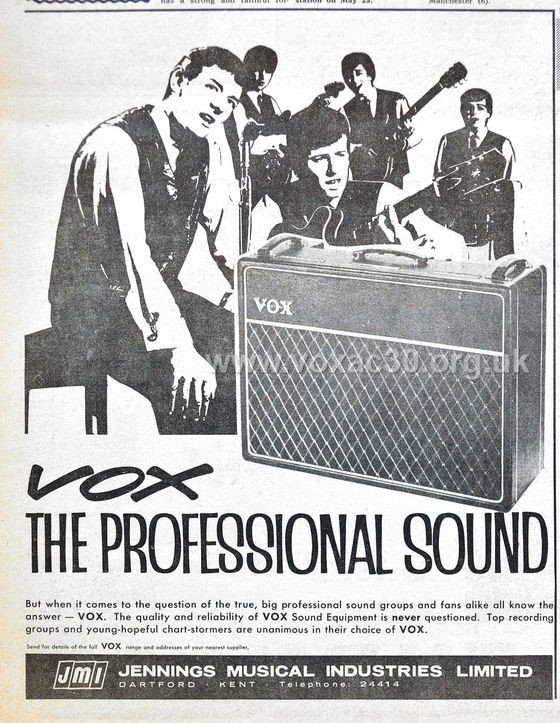 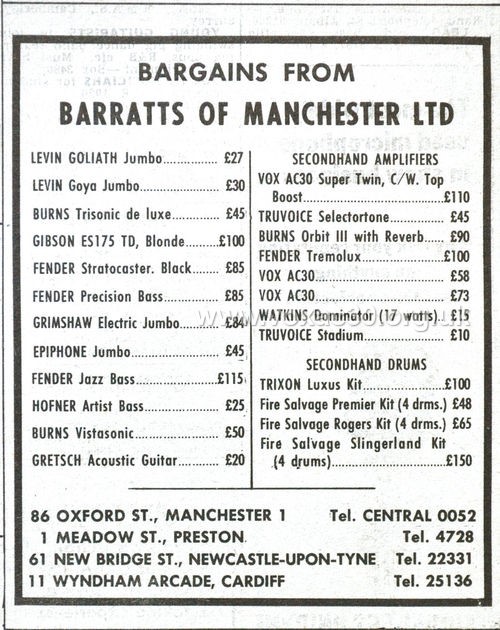 Two pages relevant to AC30s from the JMI catalogue of 1964. Certain sections were proofed in February 1964. Copies of the catalogue can be seen in photos of the JMI stand taken at the "British Musical Instrument Industries" Fair at the Russell Hotel in late August 1964.

The catalogue as a whole is available on the Vox AC100 website. 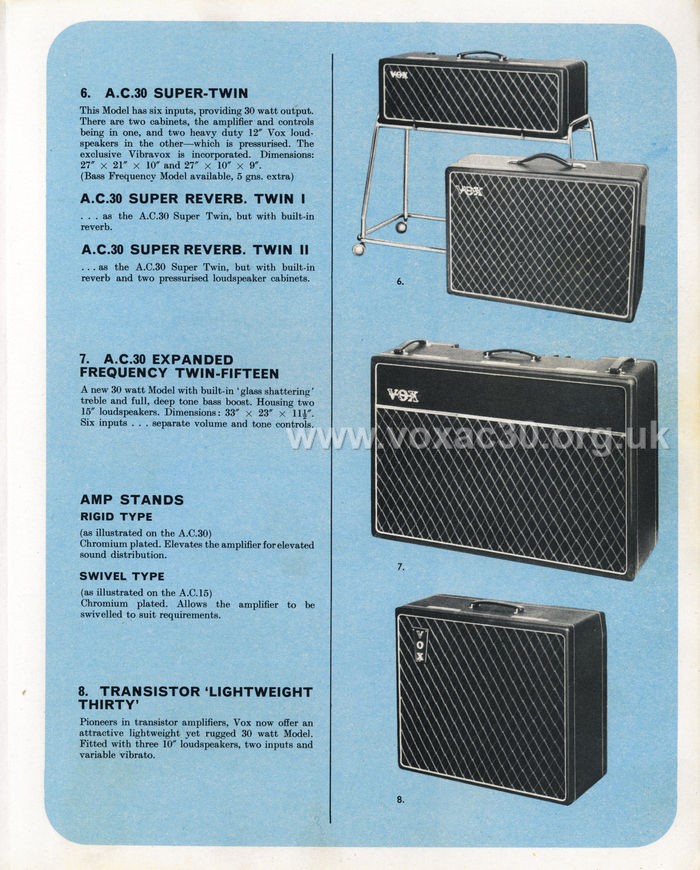 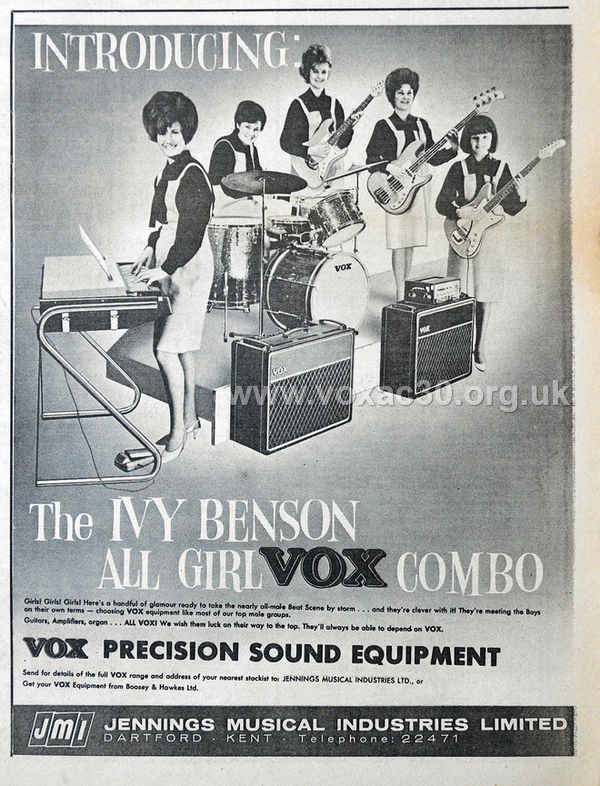 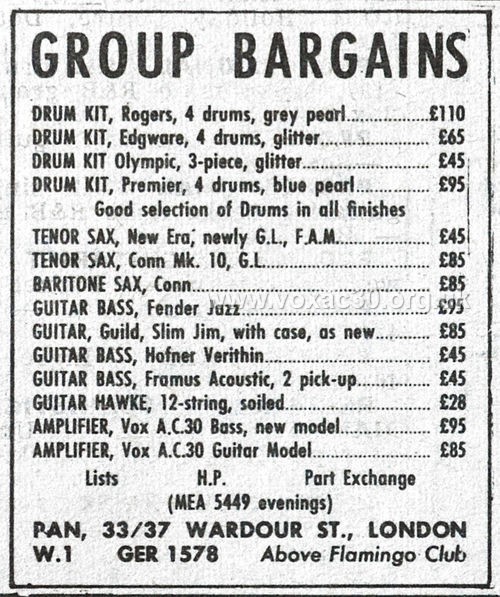 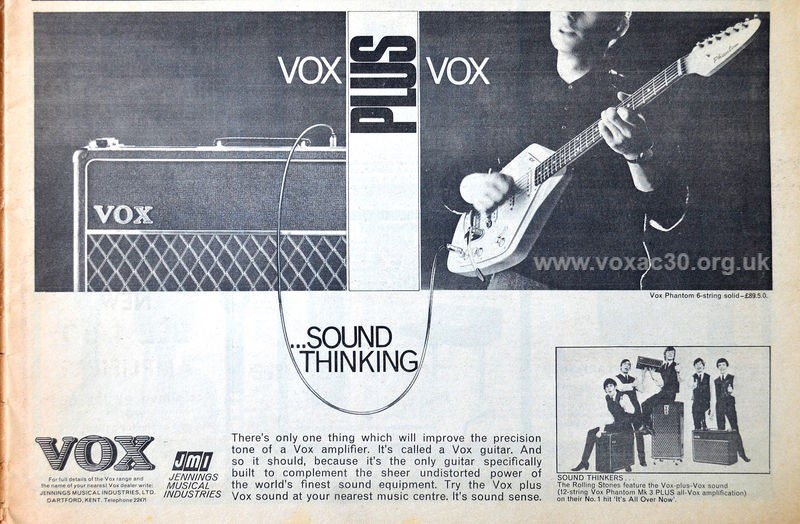 "Melody Maker" magazine, 22nd August 1964. Inset lower right, the Stones with the empty cabinets given by JMI to Dezo Hoffman for his photo sessions. 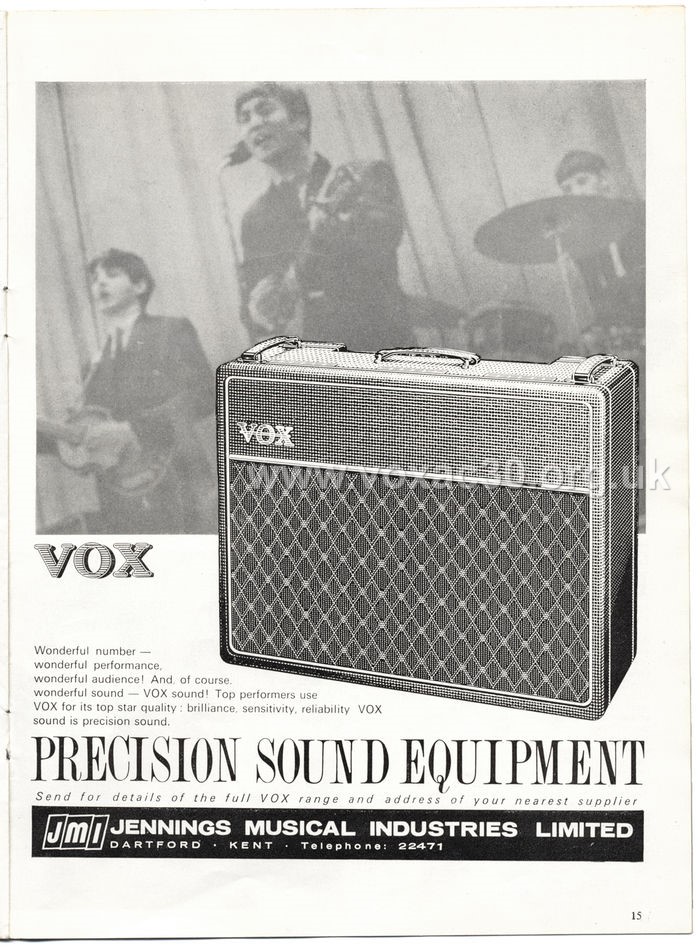 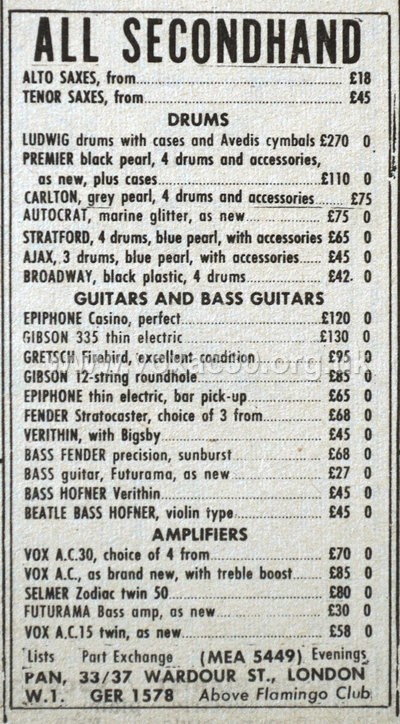